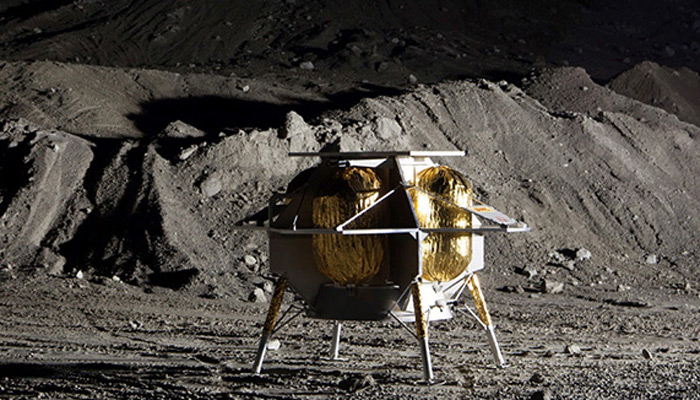 Astrobotic, which is making the Moon accessible to the world, and ATLAS Space Operations Inc., the US leader in cloud-based satellite management and control services proudly announce today at the Paris Air Show that they have signed a payload reservation and partnership to deliver and operate the first-ever laser communications terminal on Astrobotic’s upcoming mission to the Moon. This brings the total number of deals in place for Astrobotic’s mission to eleven.

Through this partnership with ATLAS, Astrobotic is now able to offer up to one gigabit per second of data to its customers. This is an historic, thousand-fold increase of bandwidth for Astrobotic’s lunar mission.

“Astrobotic is thrilled to add this new breakthrough capability to our lunar delivery service,” said John Thornton, CEO of Astrobotic. “Laser communications have been sought after by planetary missions for years. ATLAS and Astrobotic are now making this capability a reality. Laser communications on the Moon will expand payload capabilities dramatically, enabling beautiful high definition video, ground breaking data-intensive experiments, and even virtual reality experiences from the Moon. No doubt this is a foundational capability for building our future on the Moon,” said Thornton.

“ATLAS is the future for space communications, and we’re thrilled that Astrobotic has given us the opportunity to showcase what we can do,” said Sean McDaniel, CEO of ATLAS. “This partnership [between Astrobotic and ATLAS] is a real game changer for lunar communications.” Sean explained, “to date, communications for lunar missions have had no collaboration or continuity in efforts, meaning each time another mission launches, there needs to be a new communications solution. But our optical communications terminal provides Astrobotic’s customers with a turnkey solution for strong and reliable comms [communications] for the foreseeable future, between lunar missions and earth.”

“This new deal is further acknowledgement by the space community that Astrobotic is the technical and programmatic leader in the commercial lunar services market,” said Thornton.

A shot of Astrobotic’s Peregrine Lunar Lander, unveiled at the Paris Air Show this week.

Astrobotic Technology Inc. is a lunar logistics company that delivers payloads to the Moon for companies, governments, universities, non-profits, and individuals. The company’s spacecraft accommodates multiple customer payloads on a single flight, offering flexibility at an industry-defining low price of $1.2 million per kilogram. Astrobotic is an official partner with NASA through the Lunar CATALYST program, has 22 prior and ongoing NASA contracts, a commercial partnership with Airbus DS, a corporate sponsorship with DHL, 12 deals for its first mission to the Moon, and 110 customer payloads in the pipeline for upcoming missions.  Astrobotic was founded in 2007 and is headquartered in Pittsburgh, PA.