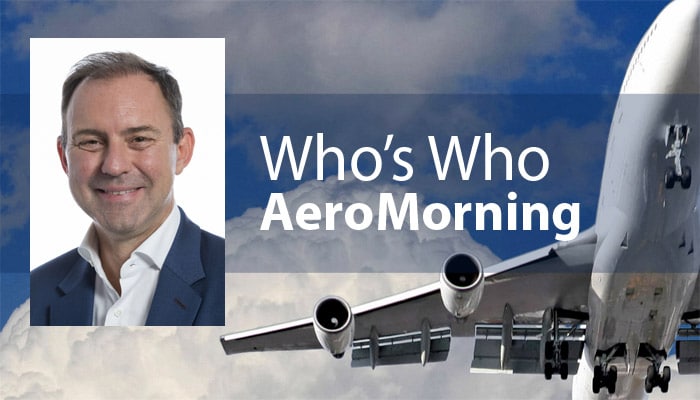 Amsterdam / Paris, 26 November 2018 – Joint shareholders Airbus SE and Safran have proposed to the Board of Directors of ArianeGroup André-Hubert Roussel, 53, currently Head of Operations at Airbus Defence and Space, to succeed Alain Charmeau, 62, as Chief Executive Officer (CEO) of ArianeGroup, effective 1 January 2019.

Alain Charmeau, an accomplished executive in the aerospace industry, will retire in 2019 after a transition phase from 1 January to 31 March 2019, during which he will serve as Special Advisor to the new CEO of ArianeGroup. A veteran of Airbus, he previously led programmes for the company such as Ariane 5, the Automated Transfer Vehicle, the Columbus science laboratory for the International Space Station and the French deterrence missile activities. Since 2015, Charmeau has been at the helm of ArianeGroup, a 50-50 joint venture between Airbus and Safran, and has successfully integrated Europe’s space launcher powerhouse.

“Alain has done a tremendous job at ArianeGroup and before at Airbus and Aerospatiale. Since almost 40 years he has contributed much to the success of our defence and space programmes. With this succession, we bid farewell to a great colleague and one of Europe’s preeminent space industry leaders. Alain is not easy to replace but I am convinced André-Hubert with his impressive space and operations experience is the perfect choice to take ArianeGroup to the next level”, said Tom Enders, CEO of Airbus.

“I would like to thank Alain Charmeau most sincerely for his work since the creation of ArianeGroup more than three years ago, both in reorganising the European launchers sector in order to increase competitiveness and efficiency during the development of Ariane 6, and also within the defence sector. We have complete confidence in André-Hubert Roussel to continue this exciting task, which will enable Europe to retain its independent access to space, and for which the support of ESA and the European nations, as well as the national space agencies, is also essential”, said Philippe Petitcolin, CEO of Safran.

Since 2016, André-Hubert Roussel has been serving as Head of Operations and Member of the Executive Committee at Airbus Defence and Space. Since July 2018, he has also been a member of the ArianeGroup Board of Directors. Previously, he was in charge of Engineering at Airbus Defence and Space. Before assuming those duties, Roussel was Head of Engineering, Operations and Quality for the Space Systems business unit inside Airbus Defence and Space. In 2014, Roussel took the lead for the Launcher Programmes at Airbus and played a decisive role in the launch of the Ariane 6 programme as well as in the creation of the ArianeGroup joint venture. He began his professional career in 1990 and holds a degree in Engineering from École Polytechnique and École Nationale Supérieure des Télécommunications. Roussel is married with four children.

Safran is an international high-technology group, operating in the aircraft propulsion and equipment, space and defense markets. Safran has a global presence, with more than 58,000 employees and sales of 16.5 billion euros in 2017. Working alone or in partnership, Safran holds world or European leadership positions in its core markets. Safran undertakes Research & Development programs to meet fast-changing market requirements, with total R&D expenditures of around 1.4 billion euros in 2017. Safran is listed on the Euronext Paris stock exchange, and is part of the CAC 40 and Euro Stoxx 50 indices.

In February 2018, Safran took control of Zodiac Aerospace, significantly expanding its aircraft equipment activities. Together with Zodiac Aerospace, Safran has more than 91,000 employees and would have around €21 billion in adjusted revenue (pro forma 2016).