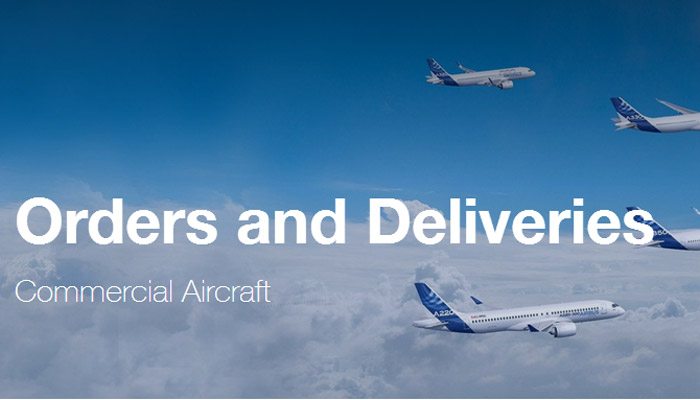 Airbus logged net orders in January for 274 commercial aircraft from its A220, A320 and A350 XWB product lines in activity that included two new customers for the A220, additional market traction for the A320/A321 as reference products in the single-aisle segment, and further endorsements for the A350 XWB with repeat orders from two customers. During the month, 31 deliveries were made from the A220, A320, A330 and A350 XWB aircraft families.

Another single-aisle transaction in January was the order from Philippine low-cost airline Cebu Pacific for five A320neo aircraft and 10 A321XLRs, also making it a new customer for the extra long-range version. Completing the month’s new single-aisle business was Air Senegal’s order for eight A220-300s.

January’s widebody orders involved A350 XWB acquisitions in the A350-900 configuration by two repeat customers: Air France, which signed for 10; and Air Lease Corporation, for one aircraft.

Before cancellations were taken into account, Airbus’ gross order total in 2020 was for 296 aircraft as of 31 January.

In terms of deliveries, single-aisle deliveries in January involved 26 A320 Family aircraft (composed of 25 NEO versions and one in the CEO configuration); plus two A220s. For Airbus widebody aircraft, two A350 XWBs were provided in the A350-900 configuration; along with one A330neo.

Among the month’s notable deliveries was the first A320neo delivered to Batik Air, the full-service operation of Indonesia’s Lion Group. It was the 46th Airbus aircraft for Batik Air’s fleet, joining 44 A320 Family aircraft and one A330-300.

Review the worldwide Airbus commercial results using the table below.

For a full listing, utilise the link underneath the summary table to download the latest Excel file – which is updated monthly and lists all firm commercial aircraft transactions, including the family of Airbus executive and private aviation jetliners.

Be the first to comment on "Airbus – The month in review: January 2020"