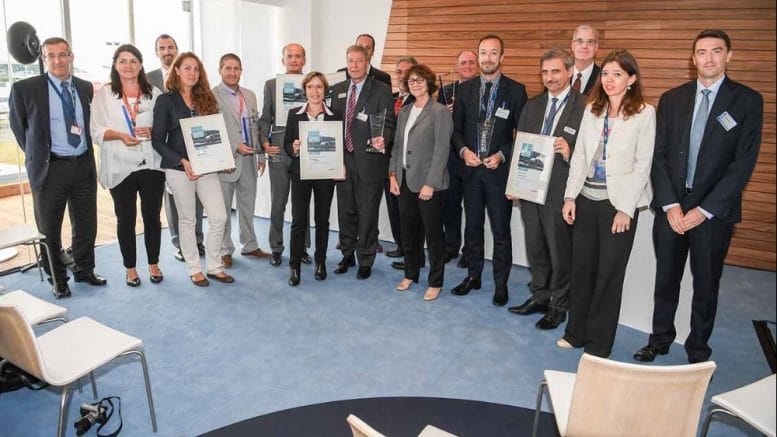 Farnborough Air Show 2016 – On the occasion of the annual Airbus Suppliers Awards ceremony held during Farnborough Air Show 2016, Didier Lux, Airbus SVP, Head of Customer Services, and Geneviève Laurens-Chassagne, Head of Supplier Support Management distributed Awards and Certificates to Systems & Equipment suppliers. The suppliers recognized by Airbus were identified through the Supplier Support Rating process, which captured in-service feedback from over 130 Airbus customers. The result of this feedback is that the following suppliers each received an Award for being “top-performers”, having exceeded the standards set by Airbus Supplier Support Management:

In addition, in 2016, for the first time, Airbus recognized “good performing” suppliers by issuing them a certificate. Eight suppliers obtained such certificates – having reached the standards set by Airbus Supplier Support Management:

“The historical ranking of the suppliers induces a virtuous competition between them to reach the award. Now we have completed this approach with an Airbus standard acknowledged by a certificate. The aim is to promote this standard and increase the quantity of suppliers who are achieving it,” said Genevieve Laurens-Chassagne, Airbus’ Head of Supplier Support Management for Customer Services.

The next rating cycle will be launched in January 2017. Airbus takes the rating feedback as a basis to drive the suppliers’ support improvements by ensuring dedicated actions are launched by the suppliers.

This benefits the operators of Airbus fleet all over the world.

Note: Cabin Buyer Furnished Equipment (BFE) suppliers received their awards and certificates earlier this year at the Aircraft Interiors Expo in Hamburg, Germany. Engine manufacturers were included in the Supplier Support Rating this year and they will work very seriously on their improvement plan.

Be the first to comment on "Airbus recognizes suppliers"