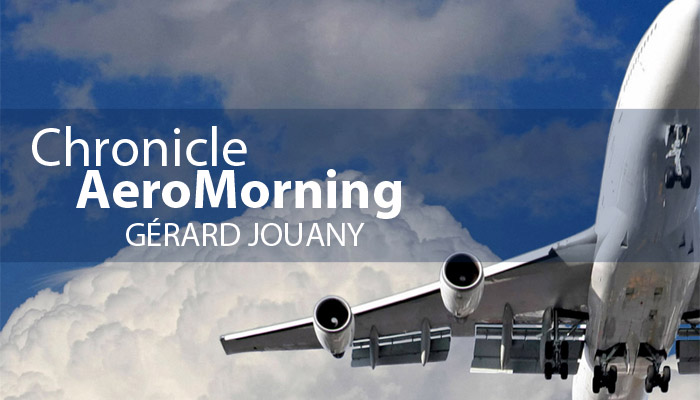 Ah, if only the world economy were as healthy as the aircraft industry, we French would not be so despondent! The WTO, the World Bank and the IMF would all be announcing growth rates of 8% for Europe. And Arnaud Montebourg wouldn’t need to cavort around on television to defend economic patriotism. There is at least one haven of prosperity in the form of the Farnborough air show, which opened its doors yesterday.
Nicole Beauclair last week wrote of Boeing’s confidence as it raised its forecasts for aircraft requirements for the coming 20 years. And now it is Airbus’s turn for optimism with two major announcements.
First AerCap, which has confirmed an order for 50 additional A320neos. Now AerCap is not exactly an outsider in the aeronautical world having recently acquired ILFC for instance. This major aircraft lessor has thus become Airbus’s largest customer: counting yesterday’s order, AerCap has 200 A320neos currently in its order books and a total of 945 Airbus aircraft in the pipeline. The A320neo is already a success story: by the end of June 2014 this new plane, which consumes 15% less fuel than its antecedent, totalled 2,800 clear orders from 55 customers. Fabrice Brégier, Airbus Group CEO, considers that with this plane, Airbus is ahead of Boeing with 60% of the market share.
The other major announcement from Airbus was for 25 A330neos. Airbus’s launch of the new plane coincides with this first order, once again from a leasing company: Air Lease Corporation, ALC. The A330neo is fitted out with new Trent Rolls Royce engines which, Airbus believes, make it the most cost-effective medium-haul wide-body in the market. ALC followed up with an order for 60 A321neos. It seems clear that the buzzword at Airbus is neo; who knows if, one day, it may be coupled with the A380? With regard to the A330neo, Airbus guarantees user airlines a fuel saving of 14% per seat. Delivery is due to start in 42 months, i.e. in late 2017.
In the midst of this flood of announcements, confirming Farnborough‘s place as the second largest air show in the world after Paris Le Bourget, let us not overlook ATR which has received its first mega-order. Nordic Aviation Capital, a leasing company based in Denmark, is buying 75 ATR 42-600s. Deliveries will begin next year and will continue through till 2020. ATR is talking about a resurrection of the ATR42, proof (it is said in the Toulouse company) that there is a real market for transport aircraft of fewer than 50 passengers. An excellent beginning for Patrick de Castelbajac, the Franco-Italian company’s new CEO, who, on the back of this success, may once again float the idea of leaving the Airbus group to launch the 90-seater plane they are dreaming of. Watch this space! We might just note that so far this year ATR has received 144 firm orders and options for 112 additional planes. This is 150% above total sales in 2013. All for propeller planes that “certain specialists” had more or less written off.
Finally another news item which has been on everyone’s lips in Farnborough, this time relating to the Franco-American company CFM, made up of SNECMA and General Electric: the first Chinese low-cost airline, Spring Airlines, has chosen CFM56-5B engines for its new A320neo fleet: 300 engines for a total of 3.3 billion dollars will thus fall into the coffers of Safran’s subsidiary company.
Boeing and Airbus agree that low-cost airlines will provide the main impetus for growth and that the market will be recentred on Asia. Take due note! It’s a pity that the zone of opulence currently located at Farnborough air show will come to an end next Sunday. But for the moment, we’ll keep our calculator to hand to count the number of planes sold and the number of billions pocketed.
Gérard Jouany – AeroMorning

ATR consolidates its leading position among regional aircraft manufacturers in 2016

Safran enters into an agreement for the sale of Morpho Detection