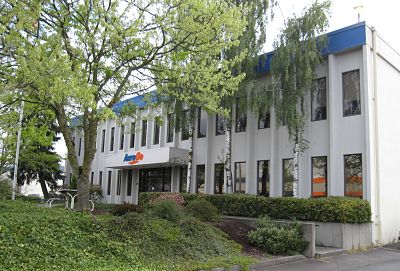 Satellites, rockets, and orbital capsules around the world—from Kourou Launch Base in French Guyana to ISRO in India or NASA at Cape Canaveral in the United States—are likely to be moved through a cleanroom on a nearly invisible air caster. In use for more than 50 years, the air caster has become a load-moving staple for space agencies worldwide. That’s because cleanrooms for satellite pre-launch activities are austere and demanding, extensively inspected by private companies and space agencies for testing and preparation of satellites and components to ensure operational integrity in deep space.

Every material handling system used in a cleanroom must meet the following requirements:

For these aerospace applications, air casters have proven themselves to be the most effective platform. Air casters are one of the most widely used technology in aerospace cleanroom environments because the platform easily and effortlessly moves an expensive satellite through assembly, test and pre-launch. But how do they work? How can a technology that’s mostly hidden successfully move sensitive, heavy, awkward equipment through an environment that must remain totally free of contamination?

Air casters—an offshoot of hovercraft technology—were developed in the late 1960s when U.S.-based Boeing Corporation engineered a bladder filled with compressed air. As the bladder overfills, compressed air seeps out and pushes under the bladder to create a thin film of air. The hovercraft then floats on the thin film, just as an air hockey puck floats on a game table. Though thinner than a business card, the compressed air layer is nearly frictionless and creates a powerful movement mechanism. Air casters require only a tenth of the force required to move a similar weight on wheels.

Today, air casters can easily slip under the support points of the loads to be moved. Operators can float and move a 3200 kg telecommunications satellite or a 43-metric ton shuttle payload trailer using the same technology that floats and moves a 680 kg test component.

Air casters have proven to be ideal for cleanroom environments. The low-friction nature of the technology distributes load pressure to reduce risk of floor damage, eliminating the possibility of scratches or gouges. Simultaneously, the casters emit neither lubrication oil nor particulates. Operators can compensate for imbalanced loads by adjusting air pressure to individual load points. Most important, the soft, compliant air surface ensures the load is isolated from vibration. Indeed, the most important benefit for aerospace is that less friction and more floating ensures a near zero chance of damaging an epoxy floor or de-calibrating the satellite, capsule, rocket or other expensive components.

The delicate nature of machines and processes utilized in cleanrooms create a challenging set of operational requirements. The ability of air casters to provide safe, omni-directional, frictionless and precise movement of one-of-a-kind components offers the exact functionality every major satellite manufacturer and launch agency has come to trust. Here are three examples:

Air casters are not limited to aerospace applications. Any operation that requires a cleanroom environment—biotechnology and pharmaceuticals, medical devices and healthcare, semiconductors and more—can leverage the low-impact but high-efficiency air caster system for moving machinery, tools, equipment, and product. While wheeled casters, cranes and forklifts are capable of moving loads for these applications, they do not meet the mandatory requirement for cleanroom operations, require substantial space to operate and pose a greater risk of damage to delicate and easily damaged parts. Wheeled casters and similar moving systems are less yielding and more logistically complex to operate, requiring either more force (wheeled casters) or trained and certified operators (cranes and forklifts). Air casters, by contrast, fit handily underneath the object’s base or support structure to provide a non-obtrusive and clean movement option.

Clean moves around the world

Since air casters are a natural fit for the cleanroom environment, they are the preferred material handling system for space agencies and their contractors globally. As invisible as the technology can be, a tweet regarding the GSAT18 launch at Kourou Launch Base in French Guyana on 5 October 2018 clearly identifies the orange air caster load module under the satellite support structure.

Air casters activated simply by turning on compressed air, move a satellite through assembly, test, and pre-launch activities with ease, a process that does not encumber the satellite or require additional operators or equipment. As so many aerospace corporations, other manufacturers and space agencies can attest, the invisible power provided by air casters safeguards their investment.