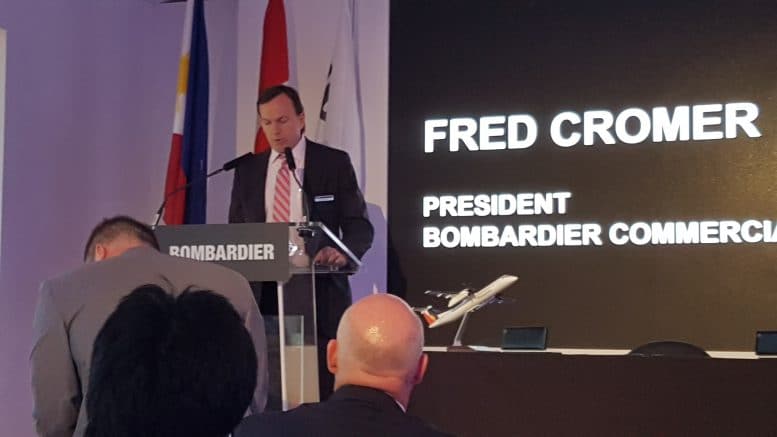 Bombardier Commercial Aircraft announced june 19 that it has signed an agreement with Philippine Airlines, Inc. for the exercise of its seven Q400 aircraft purchasing rights. This latest rights exercise brings Philippine Airline’s total firm order to twelve Q400 aircraft. The original order for five firm Q400 with purchase rights for an additional seven was previously announced on December 8, 2016.
Based on the list price of the Q400 aircraft, the firm order is valued at approximately 235 million US DOLLARS.
The flag carrier of the Philippines is expected to take delivery of the world’s first dual-class, 86-seat Q400 aircraft in July 2017.
Including this latest order, Bombardier has now recorded a total of 585 Q400 aircraft on firm order. (Source Bombardier)