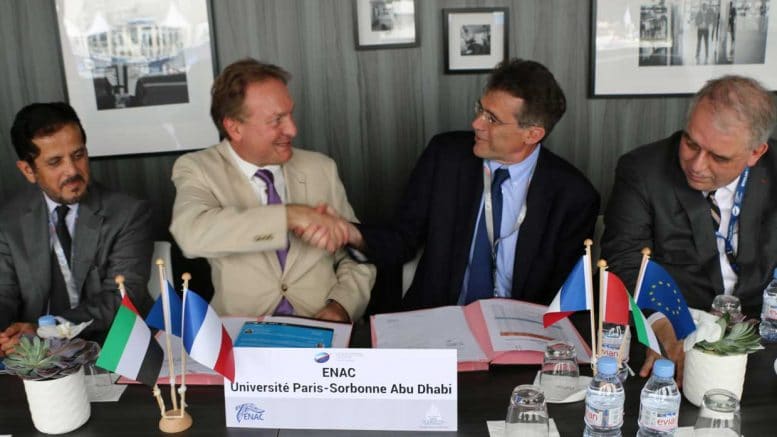 The two institutions are pooling their expertise in order to offer an international version of the course, which is already delivered at ENAC in Toulouse and widely recognised in the world of air transport.

In the words of ENAC President Marc Houalla, “This new two-year course, delivered between Toulouse and Abu Dhabi, will draw on the two institutions’ excellence in order to provide its graduates with all the knowledge and skills required to meet the great challenges posed by the future of aeronautics at global level”. The Middle East is a particularly strategic region of the world as far as the future is concerned, as it is preparing for the “post-oil age”, developing massification and democratisation of its higher education ».

More information about the programme here