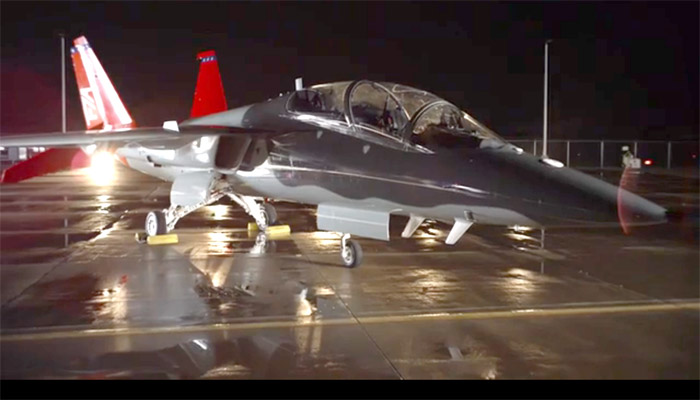 The name is derived from the Red Tails, also known as the Tuskegee Airmen. This historic group was the first unit of African-American military pilots and support personnel who fought in World War II. They became known as the Red Tails due to the distinctive red paint on the tails of their P-51 Mustang aircraft.

The announcement was made during the opening session at the Air Force Association’s annual Air, Space & Cyber Conference in National Harbor, Md. Acting Secretary of the Air Force Matthew Donovan unveiled the name and livery.

“We are humbled to honor the legacy of the legendary Red Tail squadrons through production of the T-7A Red Hawk,” said Steve Parker, vice president, Boeing Advanced Pilot Training System. “The T-7A and the ground-based training system demonstrate a new level of performance in flight training to prepare the pilots of tomorrow.”

In recent months, Boeing’s T-7A program has accomplished a number of significant milestones, including the first official Engineering and Manufacturing Development flight test, the aircraft’s 100th flight and the completion of aircraft critical design review.

Be the first to comment on "U.S. Air Force Introduces T-7A Red Hawk"