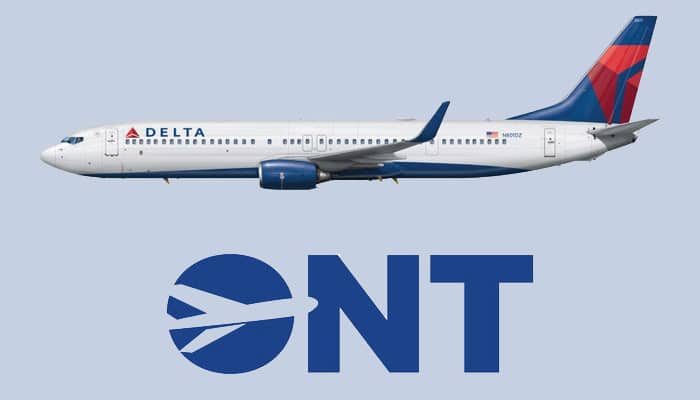 “We are thrilled to add Delta’s nonstop service to its Atlanta hub, a key development in Ontario’s evolution as a gateway airport,” said Alan D. Wapner, president of the OIAA. “The world’s busiest airport, Atlanta offers Southern Californians a world of opportunities for air travel through Delta’s extensive global network.”

“In just two years since the airport’s transition to local control, we’ve made tremendous strides in improving our facilities, services and amenities and, as a result, airlines and air travelers are bullish on Ontario,” Wapner added.

Here is the flight schedule for the new service:

“The new Delta service is truly a feather in our cap,” said OIAA Commissioner Jim W. Bowman. “We are going to great lengths to show Ontario is a first-rate airport with the infrastructure and know-how to deliver a world-class customer experience, not to mention ample capacity for future growth.”

Ontario is on pace to handle five million passengers this year, its highest total since 2008. The airport’s capacity is estimated to be 30 million total annual passengers.

About Ontario International AirportOntario International (ONT) Airport is located in the Inland Empire, approximately 35 miles east of downtown Los Angeles in the center of Southern California. It is a full-service airport with nonstop commercial jet service to 18 major airports in the U.S., Mexico and Taiwan, and connecting service to many domestic and international destinations. There is an average of 64 daily departures offered by 8 air carriers. More information is available at www.flyOntario.com.