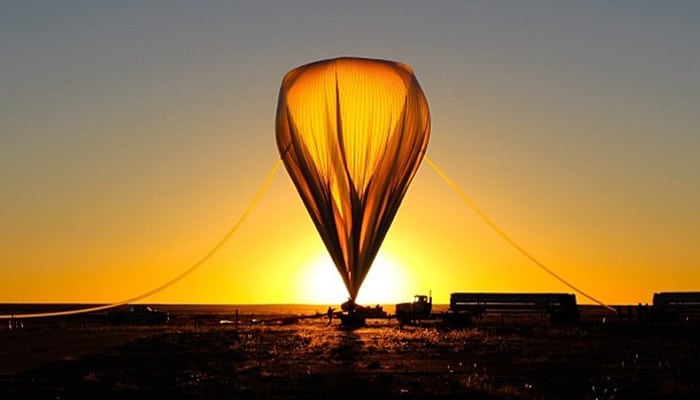 First out to the flight line is the Balloon-borne Imaging Telescope, also known as SuperBIT, scheduled for a nighttime flight Thursday, June 9. The launch window opens at 7 p.m. CDT.

CSBF in Palestine has long been home to the scientific balloon program’s operational workforce, but the Agency has not flown a major balloon campaign there since 2007. While most scientific balloon launches occur during early morning hours, weather conditions at the site in late spring and early summer are particularly conducive for afternoon launch operations, making it ideal for missions with nighttime flight requirements.

The SuperBIT payload combines highly-precise, milli-arcsecond pointing with a telescope operating within and just outside the visible light spectrum for conducting galactic observations. The upcoming flight is designed as a technology demonstration mission to test and validate the instrument in advance of future balloon-borne studies.

The 1,540-pound (699-kg) SuperBIT payload will fly on a 29.47-million-cubic-foot (0.83 million-cubic-meter) scientific balloon; when fully inflated, the balloon is as large as a football stadium. As the balloon ascends to its operational float altitude of 126,000 feet, it may be visible from the ground, particularly at sunset and sunrise. Anyone can track real-time operational status of the balloon mission by visiting: