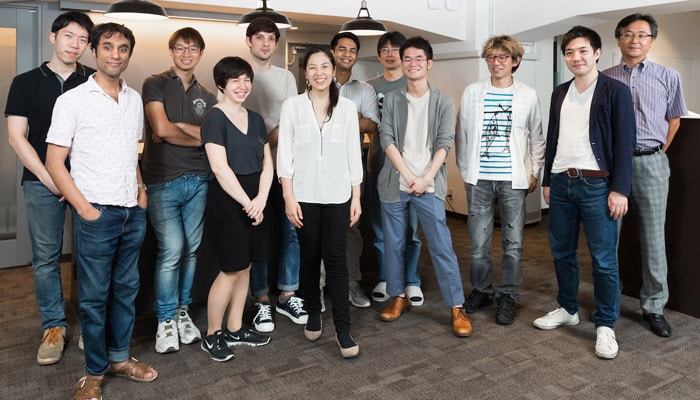 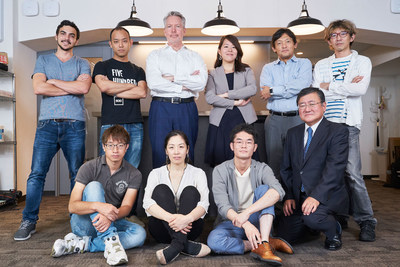 Following the closing of the Series A round of investment, Infostellar also welcomes Dr Lewis Pinault, Managing Investment Partner for Airbus Ventures in Japan, to the Infostellar company board.

Lewis comments that “With the burgeoning number of Low Earth Orbit launches and the fast-evolving criticality of data from space, supporting ground station networks are becoming hard pressed to keep up with satellite data demands – despite the irony that much of the time ground station antennas stand idle while other people’s satellites pass overhead. Infostellar dramatically shifts the model – they can bring many hundreds of antennas around the globe to the service of thousands of satellites. With their StellarStation solution, everyone in the equation can win: antenna operators idle less and earn more, and satellite operators gain real-time network-side control – and virtually anyone can become a satellite operator.“

Thomas d’Halluin, CEO of the independent funding arm Airbus Ventures remarks from Silicon Valley that “At Airbus Ventures we aim to facilitate exactly these kinds of dramatic, widely enabling shifts in the futurescape of aerospace. We’re particularly pleased to lead this important round of investment, our first in Japan. With the likes of Sony Investment Fund, the Entrepreneurial Research Unit at Waseda University, and 500 Startups Japan as well as key domestic co-investors, we feel Infostellar is well positioned to tap the best of Japanese innovation, attract even more outstanding international talent, and bring its success to the world stage in future rounds – and indeed onwards to new novel successes in deep space communications.”

Dr. Tadashi Takiguchi, president and CEO of WERU Investment comments, “Through our extensive global research into the state of R&D and business in the space industry, we understood that the development of key infrastructures by commercial entities is crucial during the current phase of the rapidly growing space industry. With this background, it did not take long for us to decide to support Infostellar and their goal of developing a communications infrastructure for small satellites, given their outstanding team and business model that is backed by solid technology. We are confident that Infostellar will make a significant contribution to the future development of the space industry.”

Kanako Inoue, portfolio director at Japan-based D4V, remarks: “It is with great excitement that we see this growth at Infostellar. Guided by the visionary leadership of Kurahara-san and Ishigame-san, the D4V team believes that this team can be a prime example of how a Japanese startup that can not only create positive impact domestically, but potentially even challenge the global paradigm in the satellite operation space. The D4V team is looking towards providing IDEOs network in collaborating together on this global challenge!”

Yuzuru Honda, Founder & Global CEO of FreakOut Holdings, inc. remarks on Infostellar’s journey thus far: “After the founding development stage together, we are very pleased that our strong partner, Airbus Ventures, has joined and led the funding in this round, at this critical time of bringing this unique technology to antennas all over the world at last.”

“When we first met Kurahara-san and Ishigame-san, all they had was a deck and a crazy idea to build an Airbnb for satellite antennas,” says James Riney, Managing Partner and Head of 500 Startups Japan. “It’s amazing to see how far they’ve come with a small seed investment. With this big round and the likes of Airbus Ventures and Sony behind them, we can’t wait to see what they can accomplish!”

Founded in January 2016 in Tokyo, Infostellar’s long-term mission is to provide smart, efficient communications infrastructure for humanity’s ongoing space expansion. The first step in this journey is the creation of StellarStation, set to begin closed beta launch in October 2017. Through implementation of the StellarStation hardware unit, satellite operators can share their antennas through a cloud-based platform during otherwise idle time, allowing increased transmission at much lower cost, while also passing on revenue to antenna owners in the network.

Lowering costs and increasing access will lower barriers for new businesses entering the satellite industry, as well as solve two major problems for existing satellite operators: namely, (1) insufficient satellite access time and (2) unused antenna idle time. The process is simple: Users can share their antenna’s idling time and receive credits, then use those credits to access other antennas around the globe. Alternatively, users can exchange credits for cash.

StellarStation – How It Works

The StellarStation platform sits between antenna holders and satellite operators, managing the complex processes required to connect both sides in a shared network and provide opportunities for revenue.

In order to facilitate this antenna sharing network, the StellarStation platform has a number of functions built in. First, StellarStation evaluates antennas for a given satellite’s usage by referencing various factors like antenna specs and data transmission history. Using that information, it displays the most viable antennas for said satellite, and the user can book a transmission window that automatically begins once the satellite is in range.

Because there are various forms of data in both satellite uplink and downlink, StellarStation also performs the necessary data processing so that the data can be received in a usable form. Lastly, all operations are presented to the user in a comprehensive graphic interface, with complete API support.

Through this easy-to-use sharing platform, Infostellar hopes to create a paradigm shift in LEO satellite operation.

To sign up for the beta release, or for more information, visit http://stellarstation.com.

Be the first to comment on "Infostellar closes Series A financing round with $7.3m for satellite antenna"