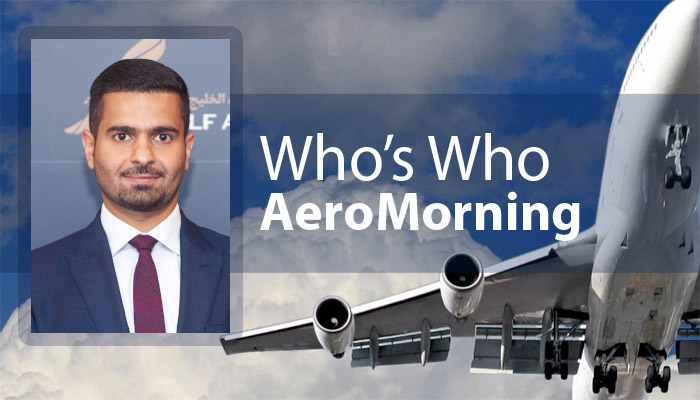 Manama, Kingdom of Bahrain 24 November 2019: Gulf Air, the national carrier of the Kingdom of Bahrain, has appointed Mr. Mohammed Fakhroo as Senior Manager Human Resources Operations to manage one of the airline’s main business units that is responsible for Gulf Air’s entire people management and development based at the airline’s hub in Bahrain. Mr. Fakhroo joins the airline with vast experience in the field of Human Resources Management and holds Masters of Business Administration as well as professional certifications from the Chartered Institute of Personnel and Development in the United Kingdom.

On the occasion of his appointment Mr. Fakhroo said: “It is a great pleasure to be part of Gulf Air’s dynamic team which continues to support the ambitious vision of the national carrier of the Kingdom of Bahrain. I look forward to contributing and participating in Gulf Air’s overall efforts in achieving its aspirations for expansion”.

Gulf Air is committed to invest in its Bahraini workforce and their career development, and it continues to provide opportunities for Bahraini nationals to take over senior positions in the company. With 90% of employees that are based at the headquarters in Muharraq being Bahraini, 96% of its First Officers, 100% of its Second Officers and 100% of its male cabin crew, Gulf Air is a leader in the Bahrainisation programme in the Kingdom as it provides the opportunity for local talents and experienced personnel to work in its various areas of the airline’s business.

Gulf Air, the national carrier of the Kingdom of Bahrain, commenced operations in 1950, becoming one of the first commercial airlines established in the Middle East. Today, Gulf Air is a major international carrier serving 48 cities in 27 countries.

The airline operates double daily flights or more to 10 regional cities, in addition to select destinations in the Indian Subcontinent and Europe, from its hub at Bahrain International Airport. Gulf Air currently serves all its destinations with a combination of wide and narrow body fleet of 38 aircraft. The modern fleet will herald a new era for Gulf Air as it continues to enhance its product and service offering. Renowned for its traditional Arabian hospitality, evidenced by the airline’s signature family and business friendly products, Gulf Air is committed to being an industry leader and developing products and services that reflect the evolving needs and aspirations of its passengers.

Gulf Air connects Bahrain to the world and, as such, is a key national infrastructure asset, serving as a powerful driver for the economy and supporting the Kingdom’s on-going economic growth. With its mobile app and Bahrain stopover programme, the airline promotes Bahrain as a tourist destination to the world.