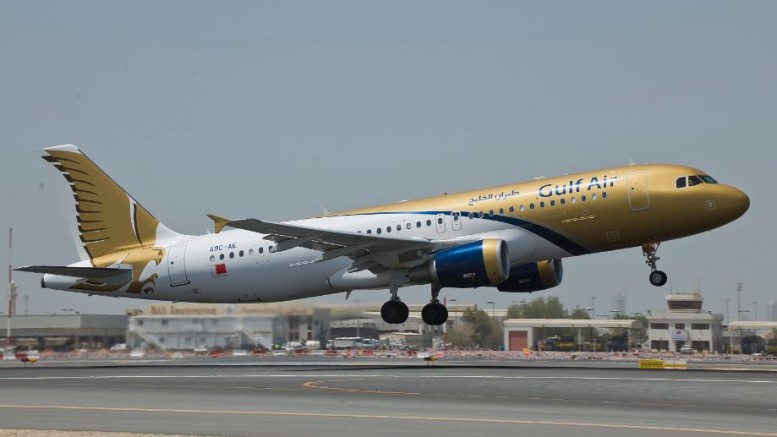 Manama, Kingdom of Bahrain –  Gulf Air, the national carrier of the Kingdom of Bahrain, has selected Honeywell’s GoDirectTM Flight Efficiency analytics software to reduce fuel costs across its entire Airbus and Boeing fleet – of which 5 Boeing 787-9 Dreamliners and 1 Airbus A320neo will be delivered this year – and to help minimize the airline’s carbon footprint. The innovative Connected Aircraft service analyzes a multitude of flight-related factors to optimize fuel consumption and help the airline reduce its fuel consumption and lower associated operational costs, which can run from hundreds to millions of dollars.

Gulf Air’s Deputy Chief Executive Officer Captain Waleed Abdulhameed AlAlawi directed the airline’s Operations to increasingly focus on reducing fuel costs and further developing the carrier to better its environment friendly practices. “Fuel costs constitute a larger proportion of expenses for any airline. It is essential that Gulf Air has a clear overview of the fuel used by our fleet to lower consumption and improve our operational efficiency. Honeywell’s GoDirect Flight Efficiency software allows Gulf Air to quickly improve our fuel consumption by analyzing the performance of our aircraft at different stages of operations,” said Captain AlAlawi. Captain Suhail Abdulhameed Abdulaziz Ismaeel, the airline’s Chief Operating Officer, commended Honeywell’s software saying: “The intuitive user interface of the software provides us with sophisticated reports and dashboards that are clearly understandable and designed to help us meet our targets on lowering emissions through improved fuel efficiency.”

Honeywell’s GoDirect Flight Efficiency software boasts a user-friendly interface and integrates with existing aircraft components to produce more than 100 pre-defined analysis reports. The reports improve flight-planning capabilities and empower pilots with unprecedented levels of insight on optimal climb speeds, cruise altitudes, and other opportunities to reduce fuel usage, thereby helping to expand their knowledge of operations and allow them to learn from previous flights. Existing users of the service have reported fuel savings of up to 5%.

“Airlines have an ever-increasing need to improve fuel consumption, both to reduce emissions and to get the most out of their existing aircraft. Even small fuel savings can impact an airline’s profitability when multiplied by hundreds, or thousands, of flights annually,” said David Shilliday, vice president, Airlines, EMEAI, Honeywell Aerospace. “Our GoDirect Flight Efficiency solution is a user-friendly Connected Aircraft service that integrates data sources to monitor fuel use in real time. It detects opportunities to make fuel savings and identifies ways to lower the environmental impact of an aircraft.”

Gulf Air is committed to being an industry leader, continually enhancing its services and tailoring a product offering that best fits its passengers’ needs. The airline is famous for its traditional Arabian hospitality, evidenced by its signature family and business friendly products. Today, Gulf Air operates multiple daily flights to select destinations across the GCC, MENA region, Indian Subcontinent and Europe while its network spans the GCC, MENA region, Indian Subcontinent, Europe and the Far East. The airline provides seamless connectivity for passengers travelling across its network via its efficient Bahrain International Airport hub. Further information about the airline’s network, fares and flight schedule can be found online via the official Gulf Air website gulfair.com, by contacting its 24-hour Worldwide Contact Centre on (+973) 17373737 in Bahrain, or any Gulf Air sales offices and approved travel agencies.

Gulf Air, the national carrier of the Kingdom of Bahrain, commenced operations in 1950, becoming one of the first commercial airlines established in the Middle East. Today, Gulf Air is a major international carrier which, in 2018, will serve 49 cities in 26 countries.

The airline operates double daily flights or more to 10 regional cities, in addition to select destinations in the Indian Subcontinent and Europe, from its hub at Bahrain International Airport. Gulf Air currently serves all its destinations with a combination wide and narrow body fleet and has orders for 39 new Boeing and Airbus aircraft due for delivery commencing in early 2018. Gulf Air’s incoming fleet will see by end-2018 the arrival of 5 Boeing 787-9 Dreamliners and 1 Airbus A320neo aircraft. The modern fleet will herald a new era for Gulf Air as it continues to enhance its product and service offering. Renowned for its traditional Arabian hospitality, evidenced by the airline’s signature family and business friendly products, Gulf Air is committed to being an industry leader and developing products and services that reflect the evolving needs and aspirations of its passengers.