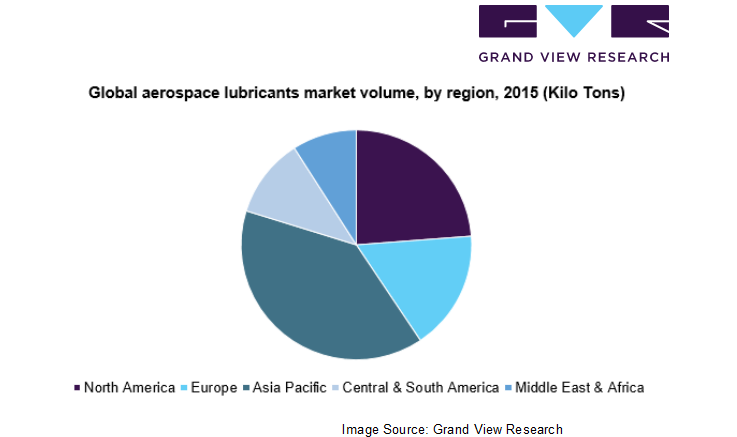 Are Lubricants the Cost Effective Solution for Aerospace Industry?

Aerospace lubricant refers to the use of aircraft and ground airport equipment lubricant that comprises aviation transmission system oil, aviation grease, and aviation engine oil. Choosing the most suitable lubricant for space mechanism includes a choice of most functional and lightweight lubricant. This is because additional costs are incurred for each pound in total weight added during aerospace operations. Furthermore, using heavier lubrication would only cause considerable financial significances on top of possible technical or mechanical concerns.

In addition, these lubricants are used in various aerospace parts, such as fan motor, auxiliary drive spine shaft, control valves, seals, bearings, wing flap actuators, reduction gears, and liquid fueled turbines, among others. Aerospace lubricants are also used in space outfits to seal the connectors and valves of the oxygen-breathing system.

A special type of aerospace lubricant is used in deep space flights, which demands long duration and high reliability for critical parts to work smoothly without generating any turbulence in high vacuum or temperature. Supportive regulatory policies, fuel economy improvement, and fuel emission norms will create additional demand for these lubricants in the years to come.

How will the Global Market Respond?

As per the report by Grand View Research, Inc., the aerospace lubricants market is poised to rise to a valuation of USD 998.1 million by 2022, with Asia Pacific holding the major market share. Asia Pacific is driven by growing middle-class populace base in India, China, Vietnam, Malaysia, Indonesia, and Thailand.

In addition, economic development in the region has allowed more people to fly out for business as well as leisure. Similarly, on account of increased development and employment in the cities, urban relocation has resulted in increasing capacity with initiatives such as the Airbus.

Surge in the number of direct airport connections within the Asia Pacific region, decreased travel time for customers and the reduced air fare has led to the surge in air transport demand. The growing number of space programs and the associated initiatives, especially in India, are anticipated to drive the demand over the forthcoming period.

Middle East, Africa, and Central and South America accounted for around more than 20% of the over all volume in 2014 jointly. These regions are supported by growing disposable income along with a surge in trade activities to and from these regions. Along with these regions, high growth of tourism and services industry in Oman, UAE, Saudi Arabia, and Qatar are driving the regional market growth. In addition, development in mobility across all developing regions such as Korea, Japan, Mexico, India, etc. has led to surge in demand for aerospace and aircrafts lubricants over recent decades.

Tourism segment has been gaining fast acceptance on account of customer disposable income across the emerging economies. This has surged the demand for high-performance aerospace lubricants market across Central and South America and Asia Pacific countries.

Civil segment is one of the leading end-use segments and accounted for 60% of total market volume in 2014. Rising air traffic in countries such as Germany, India, China, and Hungary is estimated to propel the growth over the forecast period. Low cost airfares along with increasing standard of living in emerging economies are anticipated to boost the end-use segment growth in the years to come.

Civil segment is followed by defense segment and is estimated to be the fastest growing end-use sector at a CAGR of 5.0% over the forecast period. Increasing spending on defense in countries such as China, U.S., India, Russia, and France is anticipated to be the leading driving force. Robust demand for high performance lubricant in severe circumstances along with technical upgradation is estimated to offer industry participants with profitable opportunities.

Robust economic growth along with increasing per capita income is estimated to propel commercial aerospace spending in emerging regions such as Latin America, Middle East, and Asia Pacific over the years to come. Customer choose travelling in comfort and saving time on account of stringent corporate oriented work profile and fast moving lifestyle. This has been boosting the demand for air transport over other modes of transportation.

Be the first to comment on "Are Lubricants the Cost Effective Solutions for Aerospace Industry?"