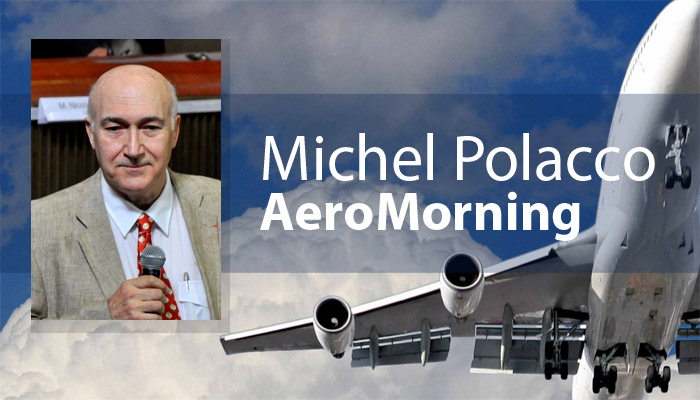 The A400M is not an aircraft, it is a “synthesis”. To quote, but wisely, Bernard Blier’s famous line in “Le cave se rebiffe”. A synthesis because the long history of this aircraft is studded with requirements, all of them more ambitious, more costly and more irreconcilable. And finally reconciled. Let’s look at the landscape I remember as if it were yesterday: The military air transport bosses were calling for both a successor to the Transall (itself the successor to “La Grise” or Nord 2501), and a large strategic transport aircraft capable of speed like the jets and a long range. The French state-owned industrialist, Aérospatiale, obviously wanted the armies not to buy American equipment, Hercules C130, McDonnell Douglas/Boeing C-17 Globemaster or even Italian G222s or Spanish Casa Casa. The State, directly concerned by the wishes of its industrialist and the operational requirements of its armies, was looking for the best cost, and wanted to avoid a bilateral adventure such as the successful Franco-German Transall C160 aircraft, but built in two series of 214 units, which leads to a very high unit cost, and also to higher regular maintenance and modernisation costs. So on the one hand it was necessary to define the needs and to conclude an aircraft for France, and on the other hand to look for partners, as many as possible, to join the project and make it financially and technically possible. The pitfalls: detaching historical customers from the American aircraft market, choosing a propulsion mode (propeller and turboprop, turbojet engines), how many engines, high or low wings, tactical and strategic capabilities, type of airframe and flight controls. On the other hand, many countries, like the USA, have chosen two models, the very large long-range long-range McDonnell Douglas/Boeing C-17 Globemaster, and the latest versions of the American Hercules C130 all-terrain aircraft in its multiple versions.
We designed the FIMA, Future International Military Airlifter, with the American Lockheed, then the FLA, the Future Large Aircraft, (or the ATF, the Future Transport Aircraft), considered the very elaborate Russian Antonov-70 aircraft (after the fall of the Berlin Wall), and time passed in palaver, which satisfied the budget ministry, nothing being spent, but not the armies nor the industrialists. Moreover, as the need became more and more pressing, France bought a number of CASA 235s from Spain, before the European group EADS was formed, which at the time included Spanish military production of CASA. Relative economy, therefore, especially as time goes by, it has become essential to order additional Super Hercules C130s, in their latest modernised versions, to carry out the tasks that our reformed or too old aircraft could no longer perform! And this does not exempt us from modernizing the less old or less used Transall aircraft to keep them safe and up to standard.

And the “interested” group of countries in favour of a common project has grown. In addition to Germany, France, the United Kingdom, Italy, Spain, Portugal, Belgium and Turkey, Luxembourg has also joined the group. But Italy escaped, pressed for time and got help from Lockheed to modernise and reengineer its G222. Portugal too. Malaysia will join the group as well as South Africa. But it will leave it because of the delays and the growth of the cost of acquisition. Chile, after hesitation, will not commit.
The participants are debating about the number and size of helicopters (NH90 or similar) that it will be possible to embark, the number and weight of armoured vehicles (Leclerc or similar) or self-propelled heavy guns (Caesar …), the capacities of in-flight refuelling, of airplanes and helicopters (this is new), and to be refuelled, the devices for dropping parachutists through all the exits simultaneously or not, the choice of engines which will end up stopping on turboprops of a power almost unknown until now: 11.600 Hp. To be developed and built from scratch. Only the Russians have already made propeller engines of this power (11800 Hp) for their Tu95 and An22 strategic bombers.
But ambition having no limit, the aircraft, which it is finally decided will be entrusted to the European Group EADS, now Airbus, and more particularly to its military aircraft division, ex CASA, in Spain, will have to benefit from its know-how in terms of fly-by-wire flight controls, civil passenger transport (thus being certified as an airliner!), and of course be equipped with detection, communication and self-defence systems worthy of our best fighters. And automatic ground tracking day and night at low altitude. The Total! And everything is chosen to satisfy all the partners. A 20 billion euro program. Aircraft ordered by the partners, ultimately 174.
The aircraft will be called A400M for Airbus -400 series (civil Airbus use -200 and -300) and M for Military. Military, at Airbus, because the European is smart! This will allow, as the Americans do, to confuse research and development expenses for civil and military programs! Not so sure… Finally!
The first A400M is presented in Seville in September 2008. I was there! (see photo). Its four prototype engines will be TP400s from the Europrop International consortium, comprising the engine manufacturers MTU Aero Engines, Safran Aircraft Engines, Rolls-Royce and Industria de Turbo Propulsores (ITP). On each side of the fuselage, under the high wings, the two engines have propellers that rotate in opposite directions, which greatly improves piloting and safety, especially in the event of a propeller failure, but is more expensive! The propellers of course are due to our champion Ratier Figeac from the US Collins Aerospace group (United Technologies Corp)!
At the beginning of 2020 the order/delivery book is as follows: Germany 60/32, France 50/16, United Kingdom 25/20, Spain 27/5, Belgium 7/0, Turkey 10/9, Luxembourg 1/0, Malaysia 4/4. 8 countries. 174 aircraft. Nearly 100 delivered … But if it is very little, to date, and especially compared to the rustic Hercules C130 and its 2600 sales since 1956, the C17 for its part, has not reached 300 sales (279) and its production is complete!
I have always been reserved, even reluctant to this aircraft project. Fearing that too few sales would make it far too expensive for our armies, and for export. The many delays that have affected it, the technical difficulties, the fatal accident in Seville in 2015, (technical cause) during the flight tests, have been in this direction. But the aircraft now overcomes its defects or lack of youth. And in the new landscape, apart from the robust and rustic C130, there is nothing. The less versatile Brazilian Embraer KC390 Hercules C130 class 70-ton aircraft is much smaller. Carrying like the A400M 32 tonnes at 5000 kilometres (20T at 8700 Km) and weighing 140 tonnes maximum, and this at Mach 0.72, is notable and now unique for a modern military transport aircraft. Another advantage, in terms of programmes, maintenance and upgrades, is that Europe has organised itself to pool fleets and large maintenance stations. Being a member of this club will be attractive.
So, if the stars are in the right place, who knows, the A400M “Atlas” after a long gestation period and a no less long and painful birth, may have a bright future ahead of it, despite the overall cost of the programme, which happily exceeds 30 billion Euros! For it is a jewel, a beautiful Swiss Army knife, very much of its century. Available for demanding customers, certainly, but silvery!

Be the first to comment on "A400M: Fears and promises!"