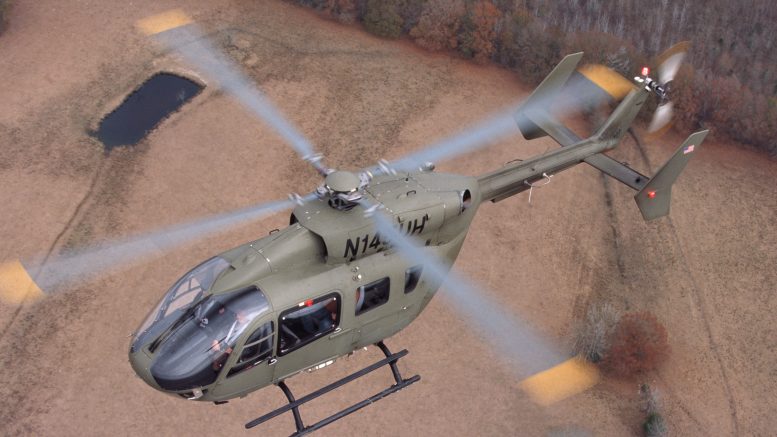 · All aircraft have been delivered on time, on budget and meeting rigorous quality standards

Airbus Helicopters has delivered the U.S. Army’s 400th UH-72A Lakota helicopter, fulfilling its contract requirements to date by delivering every aircraft on time, on budget and meeting the Army’s rigorous quality standards.

“From the moment when the Army awarded Airbus the contract to produce the UH-72A, our team has strived daily to deliver on our promises to the Army, to the dedicated soldiers who operate these aircraft, to the U.S. government and the taxpayers,” said Chris Emerson, President of Airbus Helicopters Inc. “We have produced a superb aircraft that meets the Army’s requirements and quality standards, and we have also delivered on our promise to provide outstanding support to keep the Army’s Lakotas flying and ready to perform vital missions.”

The UH-72A is one of the key helicopter models the Army will operate for the foreseeable future. The Lakota platform is a versatile and highly capable twin-engine aircraft with a modern digital glass cockpit, flight controls and navigation systems. Army and Army National Guard units operate the Lakota in a variety of missions including flight training, surveillance and reconnaissance, medical evacuations, border security, VIP transport and disaster response.

The UH-72A is proudly made in America, assembled at the Airbus Helicopters Inc. facility in Columbus, Miss. by a workforce that is more than 40 percent U.S. military veterans.

Selected by the U.S. Army in 2006 following a rigorous evaluation, the UH-72A is the Army’s lowest cost twin-engine helicopter to buy, own and operate. As part of its Aviation Restructuring Initiative, the Army selected the Lakota for its Initial Entry Rotary Wing Training program at Fort Rucker. The U.S. Naval Test Pilot School also operates the Lakota in a training role.

Since the Lakota’s introduction, the Army and National Guard units have flown more than 460,000 hours with Airbus Helicopters Inc. providing materiel support that exceeded all of the contract requirements.