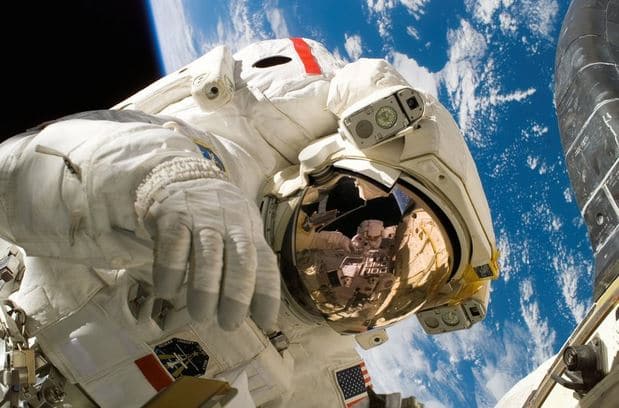 CNES, the Occitanie regional council, Toulouse Métropole, the Toulouse Chamber of Commerce and Industry and Madeeli, the regional agency for economic development, export and innovation, backed by the European Commission, today officially opened the fifth edition of the Toulouse Space Show, at which India is guest of honour. This year’s event, running from Tuesday 28 to Thursday 30 June at the Pierre Baudis Congress Centre, is resolutely focused on innovation, international cooperation and game-changing technologies.
This fifth edition of the Toulouse Space Show (TSS) is one of the year’s headline events in space. Every effort has been made to give fresh impetus to this biennial gathering of the main players from the world of space and to establish it once and for all as a leading international space show. In all, more than 2,000 visitors from 50 countries are expected, as well as 10 space agencies, six international clusters, 32 prime contractors and 72 SMEs.

This year’s TSS is giving pride of place to innovation and turning the spotlight on the hot topics of the moment:

the arrival of new players on the international space scene, new business cultures and models driven by the emergence of constellations, nanosatellites and growing volumes of satellite data, and the development of space applications fuelled by the spectacular transition to the digital economy.
New features for this fifth edition of TSS, at which India is guest of honour, include the village of space start-ups, with firms representing 14 nations, encompassing infrastructures, technologies and applications, and a public event called ‘Go ahead and explore Space!’ in the company of Jean-Louis Etienne, who will be presenting his new Polar Pod craft on which he will be embarking in the Antarctic in 2018.
Opening the event with the agency’s partners, CNES President Jean-Yves Le Gall and Marc Pircher, Director of the Toulouse Space Centre, hailed “the continuing commitment to space of the Occitanie region, which with more than 12,000 jobs is the European leader in the design and construction of space systems and their applications.” They also underlined that “the topics addressed at TSS spotlight the expertise of space stakeholders and the business they are developing, which is why the event is a leading international showcase for space professionals and users.”
Jean-Yves Le Gall then awarded prizes to the winners of the national final of the #ActInSpace competition (http://www.cnes.fr/web/CNES-fr/11210-actinspace.php), the international final of which is being held at TSS. Organized by CNES, this competition gets participants working together for 24 hours to solve challenges involving the use of space technologies for the benefit of citizens, employment and the environment.

Thursday 30 June, TSS will be opening its doors to students, schools and the public, who will be able to engage with astronauts and top scientists.

Be the first to comment on "Toulouse Space Show"